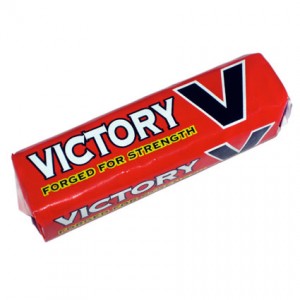 According to legend, the Victory V was named after the famous ‘V’ sign used by English archers during the Battle of Agincourt to show the French that their bow fingers were still intact and then was adopted by Winston Churchill during World War II.


Your Review: Note: HTML is not translated!

Enter the code in the box below: