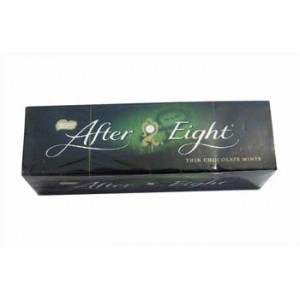 After Eights are a delicate thin mint wafer encased in a rich dark chocolate.  Each wafer comes in its own paper satchet.


Your Review: Note: HTML is not translated!

Enter the code in the box below: